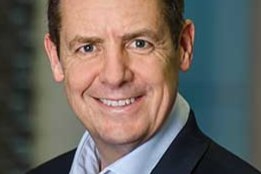 The International Chamber of Shipping (ICS) has labeled this week's 77th meeting of the International Maritime Organisation's (IMO) Maritime Environment Protection Committee (MEPC77) a "missed opportunity" after it failed to take further official steps to reduce emissions from the marine shipping industry.

But perhaps more seriously, the Chamber has questioned if IMO is now the correct forum to lead the industry on decarbonization efforts going forwards.

A number of new proposals for decarbonization were tabled for consideration at MEPC77, including one co-sponsored by ICS and INTERCARGO calling for a "credible plan for delivery" of a net zero CO2 goal by 2050, as well as an industry-backed proposal to place a $2/mt levy on marine fuel consumed to create a $5 billion fund to help industry efforts towards decarbonisation.

Among its critasisms, ICS said that insufficient time had been allotted to allow Member States to take a decision on the $2/mt levy proposal, adding that it was "the only proposal on the table ready for immediate agreement."

"All we are asking is for governments to let business to get on and do the things that need to be done. We are not even asking for money or the type of subsidies that other sectors receive. This is a no brainer at a time when we do not have time to prevaricate," said ICS Secretary General, Guy Platten.

"If it is not taken forward soon, we fear this will signal to the world, following COP 26, that IMO is no longer truly serious about maintaining its leadership on GHG issues and that others may then move in to fill the vacuum."

And the possibility of a mismatch between official targets and commercial reality is very real.

Ahead of the COP26 and MEPC77, over 150 industry heavyweights said that full decarbonisation of shipping by 2050 is possible.

Several companies, including the likes of Amazon and Ikea, have also recently pledged to only use zero-carbon shipping solutions by 2040.

The current official target under IMO's initial decarbonization strategy is to reduce emissions from marine shipping 50% by 2050 (relative to 2008 levels) and aim to eliminate them completely as soon as possible within this century.

This strategy will be reviewed in 2023.

Kicking the Can Down the Road

"We are disappointed that the words and commitments made by governments at COP26 have not yet been translated into action. This week's meetings have missed the opportunity to take forward a range of GHG reduction measures which would accelerate the development of zero emissions ships that are urgently needed at scale to decarbonise our sector. It's almost as if COP 26 never happened," said Platten.

"Governments can't keep kicking the can down the road; every delay moves us further away from reaching pressing climate goals. We will continue to work with governments to agree to the suite of measures which the industry has proposed, including the 5 billion dollar R&D fund as an immediate step to be followed by a levy based carbon price for shipping. The adoption of both these measures will be the only way to deliver on net zero emissions from shipping by 2050 while ensuring an equitable transition that leaves no one behind.

Our appeal to political leaders and regulators is to not get stuck in a cycle of ambition bidding, but to take action for inclusive change in the shipping industry

"The message from the industry at COP26 was clear; time is running out and we must do everything in our power to decarbonise now. Industry will continue to press IMO to act as the importance of addressing climate change is too great to give up on."

ICS was not the only group to express disappointment at the outcome of MEPC77, with World Shipping Council (WSC) today voicing similar concerns at the apparent mismatch between COP26 and action at MEPC77.

"During COP26 it was encouraging to see the maritime sector being included in the discussion between governments," WSC said, whose membership accounts for roughly 90% of global liner shipping capacity.

"Some promising coalitions and declarations were launched and going into the IMO MEPC 77 this week there was a positive undercurrent.

"It is then all the more disappointing to watch the same governments that were making lofty statements at COP26 just days ago, again fail to walk the talk when it comes to real action at the IMO."

While WSC shared ICS's disappointment over the lack of new proposals being adopted, WSC President & CEO, John Butler, said he was encouraged by support for ICS' $2/mt bunker levy.

"Our appeal to political leaders and regulators is to not get stuck in a cycle of ambition bidding, but to take action for inclusive change in the shipping industry," sad Butler.

"Whilst we are disappointed there was no decision, the MEPC 77 saw a notable increase in the number of nations supporting the establishment of an industry-financed research fund, pushing USD 5 billion into R&D towards zero-GHG technologies that will be available to all nations.

"The initiative is ready to launch, has support from the Green Climate Fund, and we will keep supporting member nations working for a positive resolution at MEPC 78."

Meanwhile, prices for cargoes to Asia refineries are rallying.

The company has signed an initial agreement with shipping firm Suardiaz and broker Simpson Spence Young.