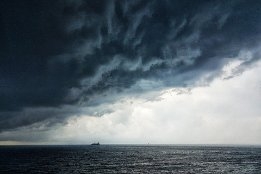 A steady stream of departures from embattled bunkering and commodities group GP Global has added to growing uncertainty surrounding the firm's future.

Within the marine fuel unit, John Phillips, Head Bunker Credit Management, Global, is among the higher profile figures to have recently parted ways with GP, having left at the end of last month.

And Neeraj Sisodia - who joined the GP bunker credit team in April - this month made the move to Oilmar Shipping and Chartering DMCC.

Among other departures from GP's wider bunkering team to start new positions this month are UK-based duo Charlotte Blackburn and Dave Matthews, who join Svitzer as Bunker Supply Analyst, and Head - Sales, Marine and Lubricants at Island Oil Trading, respectively.

"Operationally, the company's bunker unit has been in a near-comatose state since August," Jason Silber, CEO of SeaCred, told Ship & Bunker.

"The cracks are showing, and concerning news on ship arrests and criminal proceedings are dripping out, along with a steady stream of resumes flowing to the HR departments of GP's peers."

Adding to the uncertainly is a lack of updates on its position from GP's management, Silber adds.

"It's now very difficult to see them having a swift way back into the bunker market, at least not in any form that resembled the ambitious player that made them part of our list of Top 10 Bunker Companies of 2020."

After a positive start to the year, GP Global's woes begin in July after it announced it had uncovered fraud by some of its employees in the UAE.

While GP Global's bunkering division quickly clarified at the time it believed the financials for the marine fuel segment were sound, operations at the unit have since been severally impacted by a financial restructuring exercise now taking place across the wider GP Global group.

The company is understood to be reviewing offers for its assets that could result in the sale of parts or all of its remaining business.

Over the longer term the company is exploring the viability of hydrogen-based fuels.

The company has gained 22% in customer numbers and close to 50% in volumes in the region.

Shell's Grahaeme Henderson talked up hydrogen's potential in an interview at SIBCON.