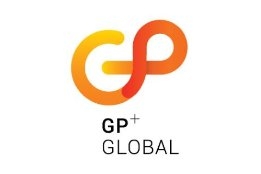 GP Global says its bunkering operations continue to operate and remain a core part of the group's wider operations.

There are also no plans to shrink its marine fuel business as part of its recently revealed restructuring activity, John Phillips, Head of Credit Risk for the Group's Bunkering division, told Ship & Bunker this week.

The clarification comes after recent market rumours, thoroughly dismissed as "blatant lies" in an official statement from GP Global Monday, suggested the company is experiencing both financial and operational difficulties.

"This year has been good both for volumes and margins. The financials are good, with the bunkering business contributing about 20% to the overall bottom line in 2019. It's a cornerstone of the business and there is no reason for that to change," said Phillips.

The financials are good, with the bunkering business contributing about 20% to the overall bottom line in 2019

Indeed, while 2020 has been a tough year for many in the industry, GP Global's bunker business has enjoyed a raft of positive headlines on the back of an expanding operational footprint.

Those developments include Gene Owen joining in February as its president of trading in the Americas; the March launch of a new bunker supply operation at the port of Jebel Ali; the expansion of its physical supply operation to Hamburg in April; the May appointment of ex-World Fuel Services man Max Carnegie-Jones to lead its bunkering business in the UK; and the June addition of a number of new traders at its operations in UAE and Singapore.

Perhaps most notably, in June GP Global achieved what appeared to be somewhat of a coup by announcing it had hired OceanConnect's former trading teams in Hamburg and Athens. This came after Bunker Holding unit KPI Bridge Oil in February said it had signed a deal to acquire OceanConnect.

No Smoke Without Fire

For the people that have heard them, the recent rumours are in sharp contrast to what has otherwise been a very positive year for GP Global. Still, as many will have also noted, there's no smoke without fire.

In its strongly worded official statement Monday, GP Global dismissed the rumours about its financial condition as "blatant lies" and said it was "being targeted by vested interests who do not wish to see us succeed and grow higher and higher."

However, it also conceded the group had recently lost some financial support and had undertaken a financial restructuring exercise following "challenges that have arisen due to a global economic meltdown amid the ongoing C-19 pandemic."

"It's something we've been looking at for a while as a natural result of what is happening in the industry and the world as a whole," he said.

"The market has been rocked by what has happened at Hin Leong, and before that IPP and Universal amongst others, we have the downturn caused by COVID-19, and the oil price collapsed. All this against a backdrop of increased China-US tensions and a growing focus on Iran. The fact that some of the banks are less comfortable with the sector is both understandable and to be expected."

Phillips said he was still waiting on exact details as to why some financial support had been lost, and declined to speculate on the matter.

"Right now we have good vendors and customers that need looking after and we are focusing on their needs. Our P&L position is good and we only have one delinquent outstanding for less than $250,000 on the bunker book," he said

"While we are undergoing the restructuring process we are not taking on any significant new pieces of business and reinforcing our strong position for existing financial backers.

"I can also confirm that vendors are being paid albeit with some adjustments and our offices are open. If any staff are away from them it is not because of anything nefarious taking place but simply a result of COVID-related measures for staff working from home."

Whether or not the recent market chatter truly is a result of others trying to gain advantage, or if it is simply a case of Chicken Little syndrome, as far as GP Global are concerned it has generated significantly more smoke than any fire has warranted.

Sadly, smoke damage can be just as serious as the fire itself.

The role will involve acting as a 'sparring partner' to management.