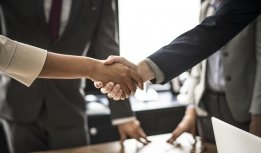 A number of key LNG bunker lobby groups have announced new additions to their ranks.

Among those was SEA\LNG who this week welcomed US-based Stabilis Energy as its most recent member.

The small-scale LNG player is involved in various aspects of the gas supply chain and earlier this month received an investment of up to $7 million from Chart Industries, Inc., with the pair saying they view marine bunkering as one of the target markets for smaller liquefaction plants.

The Society for Gas as a Marine Fuel (SGMF), meanwhile, has added DEME and VT Halter Marine to its membership.

Dredging, marine engineering, and environmental remediation specialists DEME count the operation of LNG-powered dredgers among its gas bunker interests, while VT Halter Marine is active in the construction of a number of LNG-powered vessels including an LNG bunkering vessel set to be delivered and chartered to Shell in Q1 2020.

The shipping and logistics company is a fully owned subsidiary of the Abu Dhabi National Oil Company whose interests include investments in gas processing and LNG production.

The groups' growing membership comes during a period of increased activity by both advocates and sceptics in long running debate over the suitability of LNG bunkers as a future fuel.

While on one hand Norwegian research institute SINTEF Ocean has raised fresh questions on GHG emissions from the use of LNG bunkers, French container shipping giant CMA CGM has doubled-down on its commitment to using the alternative marine fuel.

The company now has scrubbers fitted to 13 of its VLCCs.