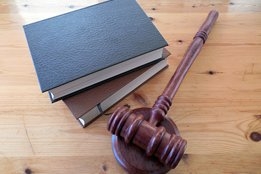 Centurion says its chartered vessel m/v San Antonio lifted fuel in Houston on March 15, 2018, but initial testing of the fuel on May 5 by FOBAS determined that the fuel was not fit for use.

"Based on the sample as tested and analysis carried out, there is evidence for the presence of fatty acids, Bisphenol F, Bisphenol A and other oxygenated compounds. These components are not products of petroleum refining and not expected to be found in marine fuels. In view of their nature and the operational problem reported by vessel, their presence contravenes the stipulations of Revised MARPOL Annex VI Regulation 18 and International Marine Fuel Standard ISO 8217, Clause 5," the FOBAS Fuel Quality Investigation Report says.

"The vessel reported severe operational problems in the fuel system and in particular in the fuel injection equipment (sticking of the fuel pumps) during the use of the fuel loaded Houston on March the 15th 2018," the report adds.

Such symptoms were typical in a spate of similar bad bunker problems last year with fuels supplied in Houston, Panama, and Singapore.

Subsequent testing of that fuel is said to have shown it was off-spec as the calcium, phosphorus, and zinc content exceeded the maximum specifications allowed under ISO 8217.

Toyota Tsusho says it was able to sell on the unsuitable fuel at $78/mt but has yet to be reimbursed by Nu Star for the incident.

Despite data from fuel testing companies supplied to Ship & Bunker indicating as many as 200 vessels were affected by last years bad bunker problems, the root of the issues were never fully understood.

The firm has 'full financial backing to fuel and sustain their growth plans'.

Maite Klarup has joined the company in Vancouver to lead the implementation of its commercial strategy.