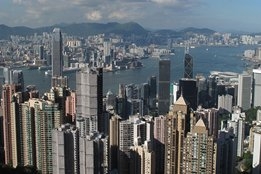 The Hong Kong Stock Exchange (HKSE) wants assurances over the integrity of Brightoil's management structure, and has added the request as an additional condition for the resumption in trading of the firms shares.

"The Company needs to demonstrate that there is no reasonable regulatory concern about management integrity, and/or any persons with substantial influence over the Company's management and operations, which will pose a risk to investors and damage market
confidence, as an additional resumption guidance," HKSE said in a November 8 letter dated to the company.

In a statement Friday, Brightoil said it was now taking appropriate steps to fulfill the request.

The company's shares have been been suspended since October 3, 2017 pending the publication of its outstanding financial results.

While the motives behind HKSE's request were not given, the company this year has seen a number of changes to its management hierarchy as it looks to restructure its significant debts.

This changes include company founder Dr. Sit Kwong Lam in April being forced to step down from several roles including CEO, Chairman of the Board, and Executive Director, before returning in May in the role of strategic adviser of the Company. The firm is now headed by Tang Bo.

At the same time, Xie Wenyan was appointed as an executive director before resigning last month, with Brightoil saying there had been "concern raised as to Mr Xie's suitability to act as an Executive Director."

Barclays puts Brent at $41 per barrel for this year.