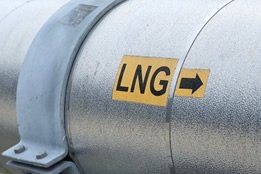 In the wake of MEPC 72's historic decision to aim for a reduction in shipping GHG's of at least 50% by 2050 compared to 2008 levels, industry players have been keen to make a case for their preferred compliance solution.

Unfortunately for Shipowners, plenty of mixed messages are being sent as a result.

Liquefied natural gas (LNG) bunker advocacy group SEA\LNG this week were among those insisting the alternative marine fuel can "play a significant role" in helping the industry meet the ambitious target.

At the same time, the group says other potential "future fuels" being touted as better suited to the task, such as hydrogen and ammonia, are far from being ready for the shipping industry.

The comments came amid fresh questions over the suitability of LNG as part of the industry's decarbonization efforts.

"Given the continued concern surrounding methane slip, LNG fuel could potentially be more environmentally hazardous than the current arrangement," Laura Langh-Lagerlof, Managing Director of marine scrubber manufacturer Langh Tech, was quoted by Marine Log as saying at a conference this week.

But Wärtsilä Friday insisted LNG as a marine fuel "has a crucial role in GHG reduction roadmap" and increased adoption will be needed to accelerate the reduction in GHGs.

SEA/LNG, meanwhile, called LNG bunkers "a major step forward for GHG reductions" and "through the use of best practices and appropriate technologies to minimise methane leakage, realistic reductions of GHG by 10-20% with a potential for up to 25% compared with conventional oil-based fuels can be expected."

The Road to Zero

But a recent OECD report outlining how the shipping industry could be near carbon-free by 2035 sees a demise in the use of LNG bunkers in-step with oil-based bunkers, particularly so from 2030.

Instead, the report sees hydrogen and ammonia as key among the future fuels as the industry eyes its ultimate target of zero emissions - a position contested by SEA/LNG.

Alternative fuels such as hydrogen and ammonia are not economic, not available at scale, and unproven for shipping operations

"Alternative fuels such as hydrogen and ammonia are not economic, not available at scale, and unproven for shipping operations. They will require huge investments by industry and governments over decades to realise their potential," the group says.

"By contrast, LNG provides a commercially viable means to address key environmental needs today. It is in use now and has proven itself to be an effective and safe marine fuel and has the capacity to scale rapidly to meet the needs of the marine industry."

But this is certainly not the first time LNG has come under fire for its GHG performance either.

In 2016, Dr Michael Traut, Research Associate at the Tyndall Centre, University of Manchester, told Ship & Bunker he discounted LNG as a future marine fuel because "the CO2 emissions reduction is actually pretty small to non-existent when you look at the complete lifecycle."

More recently, writing in a widely read contribution to Splash247, Dr Tristan Smith from UCL Energy Institute called LNG bunkers a "massive red herring" for exactly the same reason as Traut had dismissed them two years' prior - poor performance on GHGs. To choose LNG bunkers is to bet against the success of COP21, he says.

One area of LNG's performance that is not in question is in its reduction of other emissions, with SOx and PM slashed to virtually zero along with a significant lowering of NOx.

The sails will be able to reduce the ship's fuel consumption by up to 25%.