IBIA CONVENTION: Access to Credit Will Require Improved Compliance and Transparency in 2023 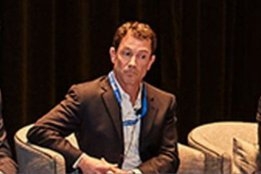 The firm is looking to increase its involvement with the bunker industry, but will be focusing on companies that can demonstrate quality, Ross Berger, president of Point Bonita Capital, said at the IBIA Annual Convention 2022 in Houston last week.

Lenders have become increasingly wary about funding the bunker industry and commodity trade finance more widely in recent years following high-profile collapses such as those of Hin Leong Trading and GP Global.

"I think the elephant in the room is fraud," Berger said.

There's going to be a weeding-out.

"If you look at the big examples that come to mind, all of it was rehypothecation."

Rehypothecation refers to the re-use of collateral to fund additional debts.

"It was double-selling, or it was volume-oriented pocketfuls of air, or it was just misappropriation," he said.

"From our standpoint, it's just about sticking here to the middle of what you're doing, facing good-quality companies and being there on sunny days and rainy days.

"If we're able to do that, I think you're able to create a great credit relationship and work with folks.

"But there's going to be a weeding-out, and the folks that can't properly document and show a history of being forthright, I think they're going to have issues in 2023."

IBIA is in the process of developing a code of conduct for its members as part of a drive to improve standards in the industry. But participants at the convention last week expressed uncertainty over whether such a code could be enforced robustly.

Port of Rotterdam Joins GoodShipping on 'Switch to Zero' Campaign

The 'Switch to Zero' campaign aims to find twenty shippers to commit to have part or all of their sea freight transported using sustainable fuels.