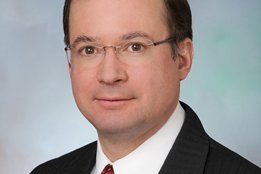 With the run in to IMO2020 entering its final stretch, major shipping industry bodies have raised fresh concerns over enforcement of the new rules.

"Recent reports suggesting that some nations might not fully implement the new rules are disturbing," says John Butler, President & CEO of the World Shipping Council (WSC).

Butler is referring to recent news that Indonesia and India have said they would not fully implement the 0.50% sulfur cap, although Indonesia has since seemingly backtracked on the idea.

"The rules and implementation date for the new sulphur limits are clear and must be enforced.  We urge any country considering deviation to abandon those ideas and put plans in place to fulfill their enforcement responsibilities as of January 1, 2020, and we encourage the IMO to remind member states of their commitments," Butler added.

Consistent application of the requirements globally remains critical, as adopted by the IMO

His comments came as part of a joint statement Wednesday by WSC, BIMCO, the Cruise Lines International Association (CLIA), and the International Parcel Tankers Association (IPTA) who have called on IMO member states to fully implement the new global marine fuel sulfur cap.

"Consistent application of the requirements globally remains critical, as adopted by the IMO," said Brian Salerno, Senior Vice-President for Environmental Policy at CLIA.

Unfortunately, willful lack of enforcement is not the only issue.

Delegates gathered at last week's IBIA Caribbean Bunker Conference (ICBC) heard that some Port State Control (PSC) officials face serious barriers to their ability to enforce IMO2020, not least of which being that many countries have not yet transposed the relevant IMO2020 rule into local legislation, rendering them unable to enforce.

Sanctions against Iran may be holding up refinery upgrades to increase low-sulfur fuel production, according to the Tehran Times.