Indonesia to Enforce IMO2020 After All 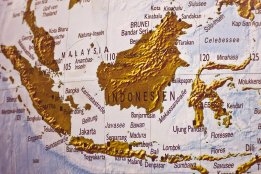 The clarification came during a meeting earlier this month between INTERTANKO and Indonesia's Directorate General of Sea Transportation.

The country plans to issue a further clarification on its position in due course, the organization added.

Last month Indonesia appeared set to allow locally operated and flagged vessels to continue burning non-IMO2020 compliant HSFO "until the supply runs out" despite the new rules coming into force from next year.

The news prompted sulfur regs enforcement group Trident Alliance to issue a statement suggesting such a move would result in legal consequences for for country.

The company's network in the region now covers 27 ports in Greece, seven ports in Egypt and 20 ports in Turkey.