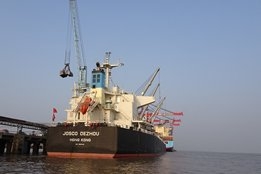 India has cast further doubt on whether it will uphold its obligations to fully enforce the upcoming 0.50% sulfur cap on marine fuel.

Like all signatories to MARPOL Annex VI, India is expected to enforce the new rule without exceptions.

"We will not insist on implementing the IMO norms for ships that ply in domestic waters — in inland waterways or only along the Indian coast – in order to keep a check on the total logistics cost," an unnamed Shipping Ministry official was quoted by local news outlet Hindu Business Line as saying.

While this is the thinking of the Shipping Ministry, an official position by the country has yet to be taken, the report notes.

The Shipping Ministry believes the extra cost of IMO2020 grade fuel will push up coastal shipping costs, leading customers to instead migrate to using cheaper land-based road and rail transport.

Indian National Shipowners Association (INSA) CEO, Anil Devli, says he supports the sulfur regulations but is looking for ways the cap can be implemented without his members losing market share.

"Maybe the government could pay a subsidy to the shipowners to offset these costs," he suggested.

India is not the first MARPOL Annex VI signatory to suggest it will not enforce new rule, with Indonesia making a similar move in July.

However, sulfur regs enforcement group Trident Alliance quickly highlighted that such a move would result in legal consequences for the country, and Indonesian officials have since back-pedalled on their position.

The dry bulk carrier M/S Vikki was bunkered with LBG supplied by Gasum at Raahe, Finland, where it is transporting iron ore for Swedish steel company SSAB.