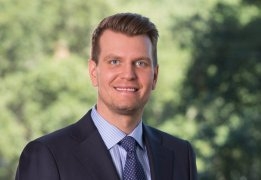 Søren Vestergaard Mikkelsen has been appointed to the role as of this month, he said in a LinkedIn post on Thursday.

Michael Furze, the global lead for Bunker One Global Accounts, stepped down from that role this week. He is understood to have been responsible for creating as well as leading the key account management system at Bunker Holding.

Bunker Holding's website describes Bunker One Global Accounts as the firm's 'key account management unit established to service selected business partners'. The business entity was created in 2017. Since 2018, Bunker Holding has also used the Bunker One brand to cover its physical supply operations.

Marina Hartwell has joined the firm as a bunker trader in London as of this month.

Meanwhile, a shrinking Japanese populace prompts a key refiner to plot a downgrade.

The company bunkered the first LNG-fuelled cruise ship built at the Chantiers de l'Atlantique facility in La Rochelle on Saturday.