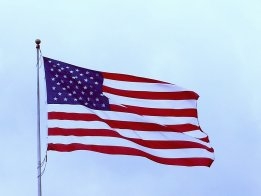 Glencore now has a pared-down fuel oil team in the US. File Image / Pixabay

Commodity trading firm Glencore has reportedly lost three members of its US bunker team over the past few weeks.

Glencore declined to comment on the staff moves, according to the report.

The firm's fuel oil trading team came under the spotlight last year as a trader pleaded guilty to attempted manipulation of the S&P Global Platts Los Angeles fuel oil market between 2012 and 2016.

The company now has just one member of staff, cargo trader Peter Nielsen, quoting for fuel oil in the US, OPIS reported, citing comments from an unnamed US bunker broker.

12 Charged With Corruption in Singapore Over Shell MGO Theft

The 12 individuals allegedly accepted bribes totalling at least $213,000 by former Shell employees between 2014 and 2017.