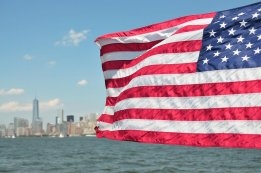 US deliveries of residual fuel oil jumped to the highest level in more than five years last month, more than triple the level seen a year earlier.

US residual fuel oil deliveries reached 0.5 million b/d in April, according to the latest data from the American Petroleum Institute, the highest level since January 2017. The figure was up by 25.6% from March, and by 222% from April 2021.

The organisation cited shipping companies switching from distillate fuels to residual fuels in response to surging MGO prices as a likely cause.

"Although global marine shipping markets have remained historically tight, it appears likely that fuel substitution of distillates for relatively less expensive residual fuel oil continued in April," the API said in a report on its website.

The company is looking for candidates with fluent Mandarin and English and a maritime education or experience in shipping or bunkering.