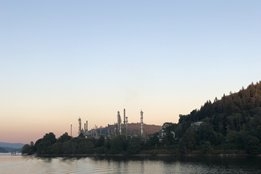 Concerns that IMO2020 could have a serious impact on Canada's heavy crude market have all but faded, analysts speaking at the recent TD Securities Calgary Energy Conference have said.

Only last year the thinking was that the new global 0.50% sulfur cap would be disastrous for the country's oil patch, but factors such as U.S. sanctions against a struggling Venezuela have prompted the changed outlook.

"You saw a massive pull as Venezuela effectively went out of business; they're down significantly something like 600,000 or 700,000 bbls/d year over year. That's creating a big vacuum and a world premium pricing market for any barrels you can get to that market today, and we don't see that changing in the long term. We see that continuing on."

Helping matters is the fact that the introduction of the new 0.50% global sulfur cap is actually seen as favourable for owners of complex plants, and helpfully over 80% of USGC crude processing capacity has the coking units needed to fully process heavy crude, according to a 2016 report from Morningstar Inc.

"They have the capability and the capacity to break those barrels down and create marine fuel that will meet the spec," said Evans.

The recently formed Coalition for American Energy Security this year has been stressing that IMO2020 is an enormous economic opportunity for the U.S. in general.

Ammonia could be blended with LNG or diesel to improve its ignition properties and allow it to be used in the current fleet with small engine modifications.