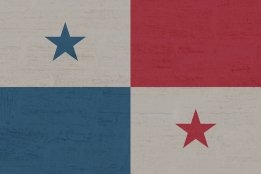 Monjasa is a significant presence in the Panama bunker market. File Image / Pixabay

Global bunker firm Monjasa has hired a new trader in Panama from Hapag-Lloyd.

Andreas Orum joined the marine fuels trading firm and supplier's office in Panama as a trader as of last month, he said in an update to his LinkedIn profile on Thursday.

Orum had previously worked for container line Hapag-Lloyd as a project manager in Poland.

Monjasa is a significant presence in the Panama bunker market, and cited a strong performance there as being the main force behind its 22% sales growth in the Americas in 2020.

Panama's overall bunker sales grew by 5.7% in 2021 from the previous year's level, according to the Panama Maritime Authority.

The 110 m ro-ro vessel Minsheng was delivered to Minsheng Steamship Co. in China on June 21.

UK: Five Ships Detained by Authorities in May