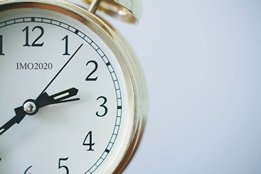 A group of 14 Republican senators in the US have called for the timely implementation of the upcoming IMO2020 rule.

In an open letter to the Whitehouse Monday, the group said the new sulfur cap would be a benefit to the country as it already produces large amounts of low sulfur fuel.

"Any attempt by the United States to reverse course on IMO 2020 could create market uncertainty, cause harm to the U.S. energy industry, and potentially backfire on consumers," they wrote to President Trump.

"Timely implementation of the IMO 2020 standards will bring tremendous advantage to our country and serve as another success story in your mission to achieve American energy dominance."

Ken Spain, spokesperson for the Coalition for American Energy Security

The letter was praised by the recently formed Coalition for American Energy Security, who this year have been making a similar argument for a timely start to IMO 2020.

"After 12 years and $100 billion of planning and investments, the U.S. energy sector and American workers are prepared to meet demand for this low-sulfur fuel," said Ken Spain, spokesperson for the Coalition for American Energy Security.

"It's encouraging to see senators from multiple states and committees united in support of these next-generation fuels."

The comments follow reports last year that suggested President Trump's administration may look to delay IMO2020, although the exact position of the Whitehouse on the matter was unclear.

Still, last month Admiral John Nadeua told a shipping conference that the US will enforce the IMO regulation just as it had enforced the rules applying to emission control areas (ECAs).