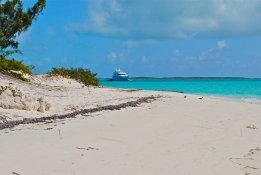 A cargo ship delivering fuel to the Bahamas resort island of Great Exuma has spilled around 35,000 gallons (159,000 litres) diesel fuel, according to media reports.

The incidence happened a week ago when the ship, the Arabian, was discharging its cargo,according to a Euronews report.  Containment action was taken by crew and, according to a local politician quoted in the report, pollution from the spill did not appear to be widespread.

While the extent and number of oil spills from ships has declined since the Exxon Valdez disaster of 1989, smaller spills of fuel oil and crude oil persist.

Typically, these happen when fuel is being loaded onto or discharged from a ship.

Demand for storage has risen as a result.

The company gave a more negative view of the coming market, with average freight rates significantly lower amid eased congestion.