Trump View on IMO 2020 not Shared by Big Oil 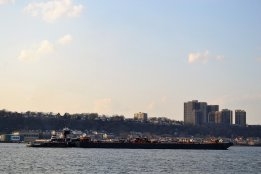 IMO 2020 changes, a net benefit to US refiners (file image/pixabay)

The US oil industry is letting the Trump administration know about the billions of dollars in investments it has poured into the sector over the past decade to deliver compliant marine fuels to the shipping industry.

And since the industry is likely to benefit from the change, oil executives are not well disposed to the White House 'experience building' policy move on lowering the sulfur cap on bunker fuel which comes into force on January 1, 2020.

US oil industry groups American Petroleum Institute and American Fuel and Petrochemical Manufacturers have warned of any changes to the programme, according to price reporting agency Argus Media.

"Moving the goalposts now undermines the planning and investments refiners and other stakeholders have been making over the last two years," API is quoted as saying in the report.

Since the International Maritime Organisation's rejection of a phase-in approach, it is thought Washington could yet be persuaded to support the measure.

"They do not have a firm position yet," US refiner Valero's vice-president of strategy, Jason Fraser, is quoted as saying, and adding, "they are just trying to understand the situation."

The US has a large diplomatic presence and enforcement role as a port state, but only a tiny portion of the affected global fleet. US refiners, meanwhile, expect a commanding share of the supply of additional distillate demand, the report said.

The organisation has analysed the performance of 2-stroke engines running on VLSFO, LNG and HSFO with a scrubber.