INSIGHT: Is Jamaica Destined be an LNG Bunkering Heavyweight? 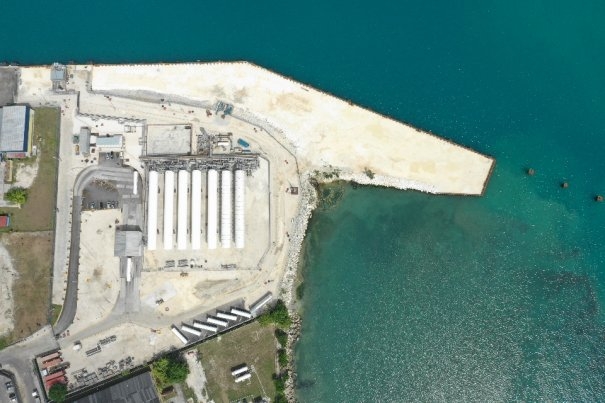 LNG is one of the leading contenders to replace traditional marine fuels, but getting the gas bunkering infrastructure in place so shipowners can adopt it remains a challenge. For hard evidence of this look no further than TOTE, who in 2012 received an exemption from North American ECA compliance in order to convert its vessels to burn LNG bunkers. Seven years later, construction of the associated LNG bunkering facilities in Tacoma have yet to be completed.

This is precisely why Jamaica may be quietly emerging as an LNG bunkering heavyweight: It already has significant LNG facilities in place and the capability to meet growing demand for the emerging bunker fuel.

The changes will create space for at-berth LNG bunkering, while storage capacity will also be increased from 7,000 cbm to 9,000 cbm

The core of Jamaica's LNG credentials come not from the marine side but its desire to switch to using LNG for power generation. Earlier this year, the country had already transitioned to using gas to generate 25% of its national grid power. It wants to be at 80% in four years time.

Receiving much less attention has been upgrades to related port infrastructure in Montego Bay, where a full berth expansion is underway. The changes will create space for at-berth LNG bunkering, while storage capacity will also be increased from 7,000 cbm to 9,000 cbm.

That project is set to be completed in September.

This translates into significant bunkering potential. For comparison, Nauticor currently lays claim to the world's largest bunkering ship with the 7,500 cbm capacity Kairos.

As for the vessels that would lift LNG bunkers in Jamaica, cruise ships are perhaps the most obvious target. Globally, there are currently 20 LNG powered cruise ships on order that will add to the one already in service. At least seven of those will be based in the Caribbean.

With IMO2020 just 20 weeks away and even tighter emissions regulations expected ahead, many foresee a much wider uptake of LNG bunkers in the coming years from all sectors within the merchant fleet.

Players based in the US looking to switch to LNG may see bunkering in international waters using existing facilities in Jamaica as a more favorable route than establishing new operations with Jones Act vessels.

New Fortress Energy will be discussing its LNG bunker facilities and the wider outlook for LNG bunkering in the region at the upcoming IBIA Caribbean Bunker Conference (ICBC) – The Caribbean Journey to 2020 Compliance, which takes place September 10-12, 2019 at the Iberostar Grande / Suites Hotel, Montego Bay, Jamaica.

The event will also include a tour of New Fortress Energy's facilities.

The meetings were of the IMO council, the subcommittee on implementation of IMO instruments and the joint IMO/ITU experts group on maritime radiocommunication matters.