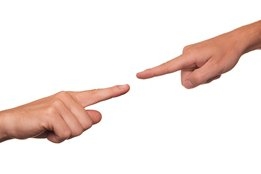 As Ship & Bunker previously reported, earlier this month Centurion Bulk took legal action against NuStar for the March 15, 2018 stem, including in its claim a FOBAS Fuel Quality Investigation Report that opinioned the fuel did not meet ISO 8217 Clause 5 for being fit for purpose.

"On March 15, 2018, NuStar delivered 540.86 metric tons of bunker fuel to the
vessel M/V SAN ANTONIO. The fuel delivered by NuStar to that vessel was part of the fuel
delivered by Glencore to NuStar," NuStar said in court documents filed last week.

Glencore is solely responsible, as Glencore was the party that blended and/or manufactured the bunker fuel

"NuStar does not manufacture, formulate, blend, modify or alter the bunker fuel in any way. The bunker fuel was provided to the M/V SAN ANTONIO in the same condition as NuStar received it from Glencore."

"Thus Glencore is solely responsible, as Glencore was the party that blended and/or manufactured the bunker fuel. NuStar did not alter the bunker fuel in any manner. It was delivered to NuStar's customer in the same form as it was received from Glencore," it said.

NuStar has called for the case against it to be dismissed and for Centurion to take up the matter with Glencore.

The case is one of a raft of bad bunker problems that arose last year, that Ship & Bunker understands affected some 200 vessels.

A naming ban on the marine fuels group and its CEO was lifted by Denmark's Eastern District Court Monday.