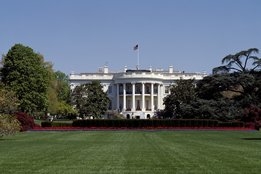 The U.S. is no longer actively trying to delay the January 1, 2020 start date for the global 0.50% sulfur cap on marine fuel, the Wall Street Journal (WSJ) has concluded.

"The United States is not seeking to change the existing IMO 2020 deadline that was certified in October 2016. We are continuing to assess the macroeconomic impacts of implementation to consumers and industry," the news outlet this week quoted a senior administration official as saying.

WSJ also notes the U.S. made no effort to delay IMO2020 at IMO's recent MEPC74 in London.

It remains unclear whether or not the Trump administration had any active policy on the matter in the first place, but it was comments made around MEPC73 last October that sparked fears that the U.S. was looking to slow the start of IMO2020 after it supported calls for a phasing-in of the new rules in the name of "experience building".

Any attempt by the United States to reverse course on IMO 2020 could create market uncertainty, cause harm to the U.S. energy industry, and potentially backfire on consumers

Such a move was necessary to "mitigate the impact of precipitous fuel-cost increases on consumers", the White House was quoted at the time as saying in an email to WSJ.

With no further clarity forthcoming, concerns have lingered and this year the likes of University of Delaware professor James Corbett, and the newly formed Coalition for American Energy Security (CAES) all publicly stressing the benefits of IMO2020 for the U.S..

"Timely implementation of the IMO standards will provide greater energy security and increased geopolitical advantage for the United States," CAES said in January.

Only last month a group of 14 Republican senators repeated calls for the U.S. to stay on track with the new sulfur cap, saying: "Any attempt by the United States to reverse course on IMO 2020 could create market uncertainty, cause harm to the U.S. energy industry, and potentially backfire on consumers."

Ship & Bunker sources close to the matter have indicated there is no evidence, or even any rumours, to suggest the U.S. is looking to deviate from the agreed IMO2020 plan.

It remains to be seen whether the comments of this week will finally put concerns to rest, as while WSJ says the U.S. had stopped actively trying to slow the IMO2020 rollout, it warned White House advisers haven't ruled anything out either.

On the Asia-North America West Coast route, carriers have unblanked 30 sailings in the third quarter.