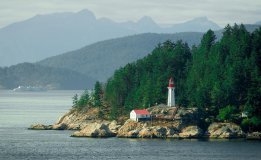 A fishing boat with 500 litres of diesel fuel onboard has leaked fuel after hitting rocks on the northwest Canadian coast.

Marine authorities deployed containment booms around the spill. The vessel which sank is to be salvaged by a contractor on Tuesday, the report added.

The Exxon Valdez, a tanker laden with crude oil that sank off the Alaskan coastline in 1989 causing huge environmental damage, led to the Oil Pollution Act being passed the following year and structural change in tanker design with the introduction of double hulled vessels.

Meanwhile, the Biden administration considers yet another SPR draw.

MARAD has launched a 16-month study looking at the low-carbon options for shipping in the area.