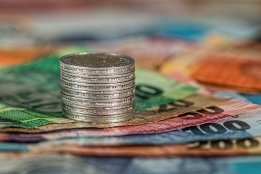 Profits have dropped rapidly after a strong start to 2020. File Image / Pixabay

Fuel supplier World Fuel Services saw a 40% drop in profits from its marine unit in the third quarter, the company said late Thursday, while its bunker sales climbed from a six-year low.

Marine profits have dropped sharply this year from the $59.3 million seen in the first quarter, which was the highest quarterly gross profit in more than five years.

The company said the third-quarter decline was "principally attributable to lower volume and profitability due to a decline in demand as a consequence of the pandemic and lower average fuel prices."

"While demand showed some moderate improvement during the third quarter of 2020, our results remained well below pre-pandemic levels," the company said.

"Since the level of activity in our business and that of our customers has historically been driven by the level of economic activity globally, we generally expect these negative impacts to continue through the balance of the year and into 2021 as the periodic increases in COVID-19 cases have caused delays in the full reopening of various economies around the world."

Still, the U.S. enjoyed another weekly round of drawdowns.

However, the U.S. outcome could be good news for the commodity.