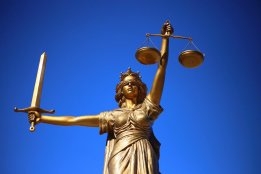 A court hearing for a director of Vermont UM Bunkering has been postponed by a month.

Poh Fu Teck, director of Vermont UM Bunkering, is facing nine charges under section 47(6) of Singapore's Corruption, Drug Trafficking and Other Serious Crimes Act and one charge under section 420 of its penal code.

The case was due to be heard on Thursday, but has now been adjourned to September 7, a representative of the Singapore Attorney General's office told Ship & Bunker on Friday.

Vermont had its Singapore bunkering licence revoked in 2016, and has faced a variety of court cases since then.

The 85,504 GT Frida Knutsen will be the company's first shuttle tanker that can run on both conventional fuel oil and LNG.