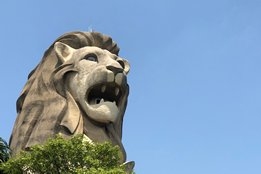 Mercuria, Trafigura and GP Global are cited by Reuters to be applying for licences to operate as bunker suppliers in the southeast Asian bunkering hub, moves some will presumably see as natural developments for the firms.

With Mercuria's bunker supply unit, Minerva Bunkering, having emerged last year from the reorganization of Aegean Marine Petroleum Network it already has a strong physical supply history in Singapore.

Forty-four companies are currently licenced with the port's maritime authority

Aegean was a one-time top-20 ranked supplier in the country but exited in 2018 after 11 years of operations there citing "extremely competitive" market conditions. Now looking to claw back the business lost during Aegean bankruptcy, in October Minerva also acquired two Singapore bunkering tankers from Brightoil.

In addition, two China-based companies have also submitted applications, according to the report.

The possibility of a handful of new entrants comes at a time when the number of participating bunker companies in the Singapore market is shrinking.

Forty-four companies are currently licenced with the port's maritime authority, a number which is nearly half that of a decade ago.

Outright bio-blend sales almost quadrupled on the quarter to about 210,000 cu m.

All Eyes in Oil Market on Crunch OPEC+ Talks

The group may produce a deal that cuts global supply by 10-15 million b/d.