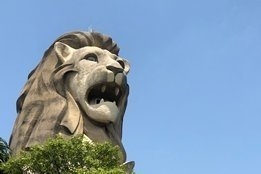 The number of licensed bunker suppliers in Singapore has fallen for the second time in as many months.

The one-time top-ten player Costank (S) Pte Ltd (Costank) is the latest firm to drop off the official list of licensed suppliers as published by the Maritime and Port Authority of Singapore (MPA).

For 2018, Costank ranked as the port's 16th largest supplier by volume, down from 11th in the previous year having been ranked as high as 10th for 2013.

There has been no official comment made on the departure by Costank or MPA.

Historically, MPA has only noted the departure of bunker suppliers in cases where it has cancelled licences.

While it still has substantially more active players than other bunkering ports, the number of suppliers in Singapore has been trending down for several years.

In January the company's LR1 tankers with scrubbers earned $5,400/day more than those without against average earnings of $19,000/day for this type of vessel.