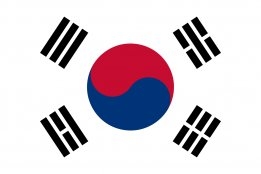 South Korea could soon have methanol on offer as a bunker fuel at Ulsan. File Image / Pixabay

Classification society the Korean Register and the Ulsan Port Authority are working together towards bringing methanol bunkering to the South Korean port.

The two organisations have signed a memorandum of understanding seeking to establish Ulsan as a low-carbon energy hub supporting methanol-fuelled ships, KR said in an emailed statement on Tuesday.

"UPA is actively working to make eco-friendly, and low-carbon fuels become more of a universal feature in shipping and port markets," Jeong Chang-gyu, vice president of the Ulsan Port Authority, said in the statement.

"We will support the widespread use of methanol-fueled ships and methanol bunkering in cooperation with KR using Ulsan port, one of the key energy hubs of North-East Asia."

Methanol has rapidly grown in popularity since AP Moller-Maersk's decision to run its first carbon-neutral ships with methanol propulsion.

The Port of Rotterdam saw a trial methanol bunkering last year, and Singapore plans to arrange a similar operation early next year.

The firm is looking for candidates with a master's degree in engineering and at least five years of experience in managing a team of specialists.

Meanwhile, the efficacy of the EU sanctions continues to be questioned.