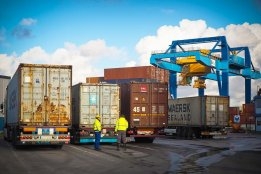 Fewer ships are opting to lift fuel at the southeast Asian shipping and bunkering hub of Singapore compared to a year ago as global port congestion continues to bite.

MSC Mediterranean Shipping Co. cancelled sailings from Europe to Asia that would have included stops in at the port, according to notices sent to customers, a Bloomberg report said.

"Given all the circumstances, it would make more sense to bunker in China than make a call in Singapore, unless the price of bunkers is absolutely monumental," Esben Poulsson, chairman of the International Chamber of Shipping was quoted as saying.

Some ships will also refuel at Fujairah in the United Arab Emirates when prices are cheaper than in Singapore, he added.

Maritime and Port Authority data shows that year-over-year, 441 fewer ships called at Singapore in March with a concomitant fall in the volume of bunkers sold.

As Ship & Bunker reported last week, there was 10% fall in March sales volumes over the previous March, with the month seeing the lowest number of calls for bunkers since February 2015.

The two firms will conduct a joint study on the full-scale supply of biodiesel to MOL Chemical Tankers-operated vessels around the world.