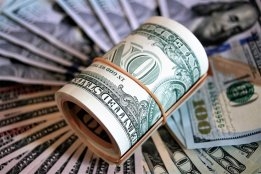 The cost of barging in Singapore is likely to edge up as the industry moves closer to the introduction of the 0.5% global sulfur cap which starts from next year.

Operators will increasingly be dealing with a greater range of fuels which will mean tighter turnaround schedules, according to price-reporting agency S&P Platts Global.

Barging costs currently sit between $4.50-$6/mt but these could edge up gradually in the second half of the year moving towards $10/mt going into 2020, the report said citing market sources.

Barge turnarounds usually average around nine a month but these could drop back to six or seven on the back of operating across different fuels, sources were cited as saying.  Costs would also be affected by demand for different grades.

The firm has signed a memorandum of understanding with renewable energy company Enviva to work on the project together.

Ecomar will increase the refinery's capacity from 22,000 b/d to 62,000 b/d by adding a second crude distillation unit.