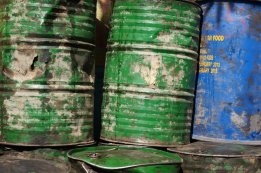 Indonesia has itself been in the spotlight following its decision to postpone the incoming rule for IMO2020 grade fuel, a move which sparked debate at the conference.

According to SP Global citing Indonesia's director of Shipping and Maritime Affairs, state oil firm Pertamina produces 1.9 million kiloliters/year of high sulfur 180 CST MFO with 3.5% sulfur content from the Cilacap refinery, a volume that will need to be consumed by power plants and shipping.

Heru Setiawan, director of investment planning and risk at Pertamina, was quoted as saying that the oil firm was working with ENI to produce high grade diesel oil.

However, it is unclear whether Pertamina invested in sufficient low sulfur fuel production capacity to meet the IMO2020 rule, especially with its heavy reliance on refined product imports and the long-delayed plans to build a greenfield refinery in the country, the report said.

Coronavirus May Cause 'Short-Term Headwinds' for Tanker Market: Analyst

The consultancy cited the SARS epidemic in 2003 in analysing the potential impact on the tanker market if the virus spreads further.