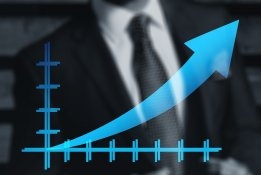 Japan will seek to create a commercial hydrogen fuel supply chain by around 2030 to support reducing carbon emissions, Reuters has reported.

Citing industry minister Hiroshi Kajiyama who was speaking during a virtual hydrogen conference on Wednesday, the report said Japan will try to speed up technological developments to help scale up a transportation system for hydrogen using ships by around 2030.

Kajiyama pointed to a plan by Kawasaki Heavy Industries to ship liquefied hydrogen from Australia to Japan early next year for the first time in the world.

To support making hydrogen fuel more commercial, Kajiyama said his ministry has requested a hydrogen budget of $800 million for the next fiscal year, 20% more than this year.

"Given growing momentum in actions taken by many countries toward wider use of hydrogen, we have come to share a common understanding that hydrogen is an essential energy for decarbonisation," Kajiyama was quoted as saying.

Hydrogen is making headway as an alternative bunker fuel for ships.

The ship left Sri Lankan waters before port officials were able to carry out the arrest.