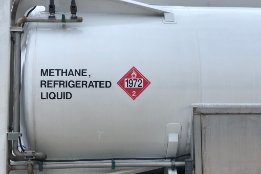 Demand for methanol-fuelled newbuilds will surge, a major South Korean shipbuilder has said.

Speaking to the London-based Financial Times, Korea Shipbuilding and Offshore Engineering chief executive Ka Sam-hyun said that he expects such orders to increase over the coming decade.

"Orders for methanol-fuelled ships will increase sharply for more than 10 years, although [liquefied natural gas] burning ships will remain the mainstream for the next two decades,"  the executive was quoted as saying.

Competition for a share of the nascent market is intensifying between South Korea and China.

Building a dual-fuelled methanol vessel is cheaper than one designed to use LNG,
as methanol does not require expensive cryogenic bunker tanks and fuel gas handling systems, according to the report.