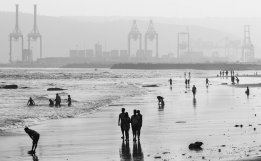 An initial monthly output of 5,000 metric tonnes of the low sulfur material could be ramped up if the demand is there, the company has said according to Indian business news provider Hindu Business Line.

The Chennai plant could also be turned to producing low sulfur bunker fuel.

CPCL supplies bunker fuel across Indian ports.  The Paradip refinery was shut down for maintenance work in July.