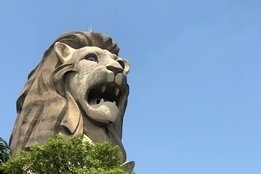 The number of licensed bunker suppliers in Singapore has dropped to 46 following the official exit of Inter-Pacific Petroleum Pte Ltd, with the Maritime and Port Authority of Singapore (MPA) saying it has revoked the firm’s bunker supplier licence effective today.

In practice, Inter-Pacific has faced operational difficulties for several months, having had its bunker craft operator licence suspended in June and ultimately cancelled in October due to bunkering malpractices.

As part of the wider fallout of the firm’s demise, Societe Generale (SocGen) is understood to have lost more than $96 million it had provided the supplier in trade financing.