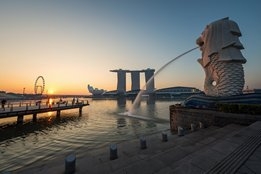 The former top 20 ranked Singapore bunker supplier has more than $168.5 million in outstanding liabilities, over half of which was trade financing from SocGen, according to a report by Reuters citing court documents.

Named as the country's 26th biggest player by volume for 2018, IPP earlier this year had its bunker craft operator licence suspended and then cancelled as part of Maritime and Port Authority of Singapore (MPA) investigations into bunker suppliers' use of magnets to influence mass flow meter (MFM) readings.

The supplier began a court-led debt restructuring process in September, saying at the time it had insufficient cash to sustain operations.

It is the second time in recent years that SocGen has been stung by bunker malpractice, with the firm believed to have also been hit with loses in 2017 after former Top 3 ranked supplier Universal Energy Pte Ltd had its supplier's licence revoked.

Concerns have been raised that the bunker related loses may see banks wind back financing to the marine fuel sector.

"Banks are certainly a lot more vigilant in the marine fuels sector at this time, and are asking themselves more questions as to the support they should be providing in light of a number of hits different banks have taken," Reuters quoted a risk management executive at a Singapore oil trader as saying.

If that were to happen, it would be unfortunate timing for an industry said to be needing an extra $2-$4 billion in credit next year due to IMO2020.

Monjasa Hands Over Operation of Skaw Oil Terminal to Unioil

As of June 1 Monjasa accepted "an attractive offer" from Unioil to operate the facility.