MPA Working to Curb Use of Magnets on MFMs 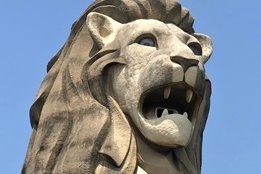 The Maritime and Port Authority of Singapore (MPA) says it is working with various industry stakeholders to curb the attempted use of magnets to influence mass flow meter (MFM) readings.

In an emailed statement to Ship & Bunker, MPA also confirmed last week’s suspension of suspension of Southernpec (Singapore) Pte Ltd (Southernpec)’s bunker licence is related to the attempted use of a magnet to influence MFM readings.

“Following feedback from our regular industry engagements, MPA has stepped up enforcement checks since April 2019. Arising from these checks, MPA is investigating the bunker craft operator and supplier, Southernpec (Singapore) Pte Ltd, for using a magnet to tamper with the Mass Flow Meter (MFM) of its bunker tanker, Southernpec 7, during a bunkering operation,” a statement to Ship & Bunker by an MPA spokesperson read.

MPA said it was also working with the Singapore Shipping Association to raise awareness of MPA’s hotline for bunker malpractice.

Despite plenty of market chatter on the matter, until recently it was not even clear whether it is possible to disrupt MFM readings with a magnet-based attack.

However, last month Petro Inspect was the first to bring evidence of attempts to leverage such a malpractice to public attention.

It is still not clear if any supplier has successfully influenced a MFM using a magnet.

The trial began at the end of May with the pilot period running until autumn 2020.