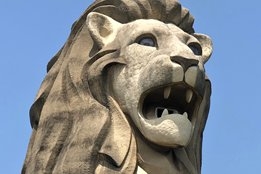 The move is effective April 25, 2019 and in its official statement on the matter, MPA said the suspension arose from "an enforcement check" on a bunker tanker operated by the supplier.

"We understand the investigation into possible use of magnets to influence MFM readings had been taking place since last week, and that this has now resulted in today's suspension," Petro Inspect founder Kaivan H. Chinoy told Ship & Bunker.

While there has been talk in the market for some time as to whether it is even possible for a magnet-based attack to disrupt MFM meter readings, last month Petro Inspect was the first to bring evidence of attempts to leverage such a malpractice to public attention.

Southernpec was ranked as Singapore's 30th largest supplier by volume for  2018.