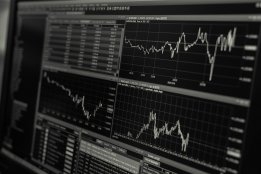 Refineries in Asia are beginning to see a lift to their profits from the imminent start to IMO2020.

Citing research by Goldman Sachs, Bloomberg reports that profits from turning crude into diesel in the second half of 2019 are forecast to be about 31% higher than the first six months.

In addition, margins have already expanded around 40% since late April, according to the report.

"Diesel will be a beneficiary of the transition," Nikhil Bhandari, an analyst at Goldman, was quoted as saying. "The impact of IMO 2020 to the spot refining margins, we believe, will start from the fourth quarter of this year."

Research from Scotiabank points to a filip to US refineries from the bunker fuel rule change in spite of the headwinds facing the global economy.

From the start of next year, the global fleet must switch to 0.5% sulfur bunker fuel. High sulfur fuel oil can still be used by ships fitted with scrubbers.

The company sold more than 6 million mt of bunkers worldwide last year, according to Platts.