Singapore: Oil Exports up but Overall Trade down Year-On-Year 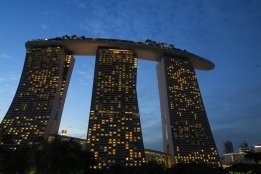 Singapore's domestic oil exports were up by 6% in March compared to the same period a year ago, according to data from Enterprise Singapore.

Malaysia, Indonesia and Liberia were all export markets seeing double digit percentage growth at +34.6%, +19.2%, and +36.1% respectively.

"In volume terms, oil domestic exports decreased by 7.1% in March 2018, compared to the 1.9% decline in the previous month," data provider Enterprise Singapore said.

The southeast Asian republic's overall trade (imports and exports), including oil and non-oil trade, was down over the period by 0.6%, the data showed.