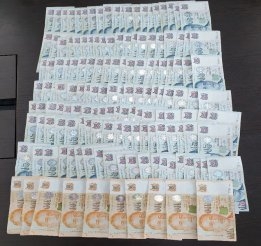 Ten men have been arrested in Singapore over an alleged illegal MGO transaction.

The men, aged between 22 and 48, were suspected to be involved in an illegal transaction of MGO off Southern Tuas Basin.

"The tugboat and cash amounting to $8,000 were seized as case exhibits."

The firm has signed a deal with Dalian Shipbuilding Industry Co to install the systems on two new CO2 carriers commissioned by Northern Lights JV.

The Minneapolis City Council unanimously passed a resolution on Thursday calling for US firms to commit to making all imports to the country come on net-zero emission ships by 2030.

Søren Vestergaard Mikkelsen has been appointed to the role as of this month.