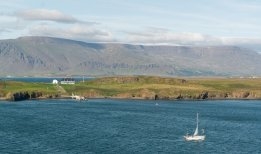 Iceland has imposed a 0.1% sulfur cap on fuel used by ships plying its territorial waters.

The regualtion, aimed at curbing shipping emissions, will start from next year when the global 0.5% sulfur cap on bunker fuel comes into force, according to website energylivenews .

0.1% is also the sulfur limit set in emission control areas.

However, environmental campaigners in the Arctic nation have said that Iceland should be looking to impose a complete ban of the use and carriage of heavy fuel oil from its territorial waters.  Such a ban may be agreed at the International Maritime Organisation at some future date.