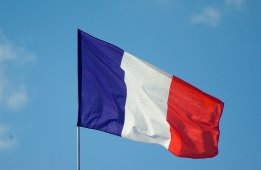 Gasum will soon be bringing its services to France. File Image / Pixabay

Energy company Gasum has been awarded a licence to supply LNG as a bunker fuel in France.

The licence has been valid since February 17, the company said in a statement on its website on Tuesday.

"Obtaining this licence marks another milestone in our quest to increase the outreach of our maritime LNG deliveries," Jacob Granqvist, vice president at Gasum, said in the statement.

"It underlines Gasum's commitment to act as a reliable European maritime LNG supplier."

In November the firm announced it was expanding its LNG bunker supply footprint to the Amsterdam-Rotterdam-Antwerp hub in Northwest Europe in conjunction with Norwegian energy supplier Equinor.

Meanwhile, the Saudis are expected to maintain output cuts into June.

The company had previously announced plans to convert the benchmark into an assessment of crude deliveries in Rotterdam from June 2022, including US crude grade WTI.