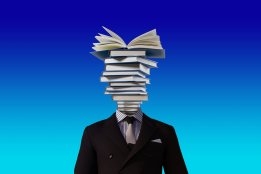 Its latest asked an extra question around bunker fuel prices related to the coming International Maritime Organisation (IMO) rule change on the composition of bunker fuel.

The answers do nothing to assuage the uncertainty that pervades the market.

"It is noteworthy that almost a quarter of our survey respondents thought the price differential between high-sulphur fuel and IMO-compliant low-sulphur fuel come 1 January 2020 would be between $30 and $100 per metric tonne (mt) more than at present," said Moore Stephens partner Richard Greiner.

For some owners, the expectation of a higher differential between high and low sulfur fuel grades has made scrubbers more attractive.

This really is a unique opportunity for someone who wants to make the jump to a position that can truly take their bunker trading career to the next level.

Quah Ley Hoon of Singapore's MPA to Step Down Next Month

Teo Eng Dih, currently deputy secretary for policy at the Ministry of Defence, will become chief executive designate from August 8.