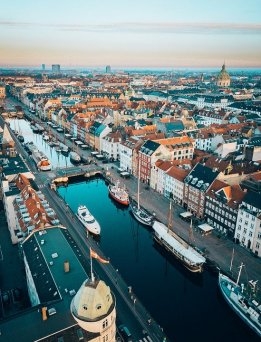 Shipping and bunkering companies in Copenhagen have reported a "surprisingly smooth" transition to the new 0.50% sulfur limit to the International Bunker Industry Association (Ibia), the industry body reported Wednesday.

"The ship owners and operators as well as bunker providers IBIA met in Copenhagen had not experienced major issues with the availability of compliant fuel, although shortages have been evident in some regions," Ibia director Unni Einemo said in a report on the company's website this week after a visit to the Danish city in mid-January.

"On the negative side, one bunker buyer told IBIA he had observed an increase in short-deliveries, typically 4-6 tonnes, in the past few weeks in several major bunkering areas across the world.

"Regarding quality, IBIA was happy to hear that the companies we spoke with have not had the operational nightmare that have been predicted due to fuels with serious stability issues or due to mixing incompatible fuels onboard the ship."

Several ships have been arrested in March.

Meanwhile, Goldman thinks the oil industry will be stronger due to the virus.