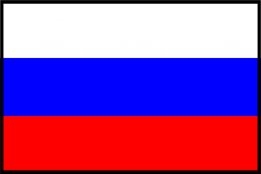 The scope of the EU's ban on Russian coal, due to come in force next month, may also include fuel oil.

The EU is due to ban the import and transit of coal from August 10. The wording of the EU's regulations may mean fuel oil imports are also banned, news agency Reuters reported on Friday.

One of the Combined Nomenclature (CN) codes included in the ban is 2707, which encompasses 'oils and other products of the distillation of high temperature coal tar; similar products in which the weight of the aromatic constituents exceeds that of the non-aromatic constituents', according to the report.

Refined products are typically listed under a different CN code, but because fuel oil's aromatic content almost always outweigh non-aromatics, it may technically be banned as well.

About 500,000 mt of the total 3.5 million mt of Russian fuel oil exports last month went to the EU, according to Reuters and Refinitiv data.

The firm is looking for candidates with a master's degree in business, economics, engineering or similar and preferably a background in shipping, logistics or marine fuels.

The firm recently completed the bunkering of its new dual-fuelled Suezmax ship the Starway in Malaysia.

HSFO Demand Increase May Be Behind Rise in Off-Spec Sulfur Claims: Cockett

Some 38% of the claims seen by Cockett so far this year have been over sulfur content.