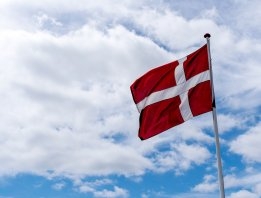 Both firms behind the new service are based in Denmark. File Image / Pixabay

The new service, DeaL Energy, will cover the bunker needs of both firms as well as seeking third-party customers, the company said upon its launch on Monday. J Laurtizen's four-strong bunker procurement team has moved over to work for the new firm.

The company is currently buying bunkers at more than 150 ports and using almost 100 suppliers and trading firms, it said.

"Only approved suppliers and traders are used, and there is a high focus using the BIMCO 2018 terms for the purchases, ensuring safe and balanced terms for both parties and ensuring a proper quality of bunkers bought," the firm said.

"For many years the purchasing has been fine-tuned, and today the company is able to provide a 'one-stop shop' that includes timing of purchase, support and guidance to operation and chartering teams on bunkers related matters, arranging the bunkering at competitive prices and covering post-bunkering aspects and tasks."

Bunker buyer alliances operate in a similar manner to brokerages, providing guidance to their members on bunker purchases, with members paying suppliers directly and paying a transparent, predictable commission to the buying alliance at the end of each month.

Hafnia, whose Head of Bunkers, Peter Grunwaldt, predicted last year there would be an increase in bunker buying alliances, has offered a bunker buying service for several years.

Last year Maersk Tankers and commodity trader Cargill announced they would be working together on bunker procurement, at first for their own fleets before rolling out the service to third parties in due course.

Buyers should now request more advanced fuel tests than can detect these chemicals, the MPA said.

The MCA has detained the Spirit of Britain after port state control inspectors found a number of deficiencies.