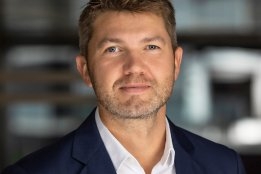 Traditionally, shipowners and operators have acted alone to fuel their own vessels – that is, they buy their own bunkers regardless of the number of vessels they have or whether they have designated "bunker buyers" within their teams.

The idea of buyers coming together to pool their buying resources is nothing new, and discussion on the matter saw particular recent attention in 2019 as part of the run up to IMO 2020, with the likes of Michael Winstone, Vice President, Freepoint Commodities, NSI's Paul Hardy, and Peter Grunwaldt, Head of Bunkers in Hafnia among those publicly encouraging Owner / Operators to adopt such a strategy.

Indeed, some buyers have already taken steps towards doing this. Recent examples include Frontline and Golden Ocean teaming up with commodity trading giant Trafigura who also operates and owns vessels; Maersk Tankers and Cargill who recently started collaborating on bunkers; and historically ST Shipping and Glencore Grain had teamed up on bunker buying - a move which was overseen by Grunwaldt during his time at Glencore.

Like most things, in early 2020 COVID-19 razed much of that recent momentum, but as the world now begins to return to normal Grunwaldt believes that interest in forming bunker purchasing alliances is once again set to gain pace.

"I think we have finally reached a stage where Owners have realized they are not competing on bunker purchasing as such," he told Ship & Bunker.

"It's about optimizing your bottom line and avoiding catastrophes."

While Hafnia has been pooling owner / operator bunker buying resources for some time, it's something the firm is now actively looking to expand on.

"We are shipowners in our own right, but also manage vessels for other owners in the four Hafnia Pools. We bundle all bunker requirements in the Pools to create a long range of synergies for everybody involved," he explains.

"In the beginning our intention was not to go beyond buying for the Pools, but as time passed we have been asked to buy bunkers for companies outside the Pools as well. Consequently, we now have a portfolio of different types of vessels ranging from Tankers, to Bulkers, LNG and LPG vessels. At present, we buy bunkers for more than 550 vessels worldwide, with members all over the world. This creates a lot of synergies across the board.

"Many have realized it's better to be part of something bigger than 'riding solo' when it comes to bunker purchasing. Consequently, we have an open dialogue with various companies exposed to the bunker market in various degrees. Whether you are an Owner/Operator with one or 100 vessels, there are still synergies to be had for everyone in such an alliance. You can save overheads, buy more efficiently and be assured everything is completely transparent when using us to source your bunkers. There are also some members who want to have our eyes on individual regions where they feel they might lack presence or market intel/support."

To support its marine fuel operations, Hafnia Bunkers has buyers located in Copenhagen, Singapore, and Houston.

"We see this as the ideal set-up, as we are covering all time zones very efficiently that way. This also ensures our members get updated market intel 24/7 no matter where they are located," said Grunwaldt.

"It really doesn't matter if your bunker purchaser is not sitting physically next to your operator or charterer, Covid-19 taught us that! But the Buyer needs to be close to the market."

Talk to any advocate of buyer alliances and they will tell you a key difference over the years is that buyer habits have remained ostensibly static while the supply side has seen considerable change. and consolidation.

As such, buyers remain a heavily fractured group, while today just three companies handle 20% of global demand from owner / operators, and ten companies account for approaching 50% of their global demand.

When you think about the money involved, it is mind-blowing that many companies neglect to have a designated bunker team, or person, to oversee bunker related matters

The shift in scale on the supply side has undoubtedly enabled the major players to provide a significantly improved offering for their customers, a point that has not gone unnoticed by a number of small- and medium-sized suppliers who earlier this year launched a new industry body to help pool their own resources.

Advocates of buyer alliances believe it is time for owner / operators to capitalise on pooled resources too.

And with bunkers currently around $550/mt, and annual global bunker demand historically considered at around 300 million mt and official IMO numbers putting the 2019 deep-sea volume at 229 million mt, the potential for dollar savings from such synergies is significant - particularly when one considers some 50% of vessel costs are related to bunkers.

"When you think about the money involved, it is mind-blowing that many companies neglect to have a designated bunker team, or person, to oversee bunker related matters," said Grunwaldt.

"But I'm not only talking price, but also quality control, counterparty risk, claims handling, attention to sanctions and new regulations. We constantly see changes we - as an industry need to adhere to, the latest example being the introduction of the IMO2020 regulations.

"Like everybody else we also experience claims from time to time. Unfortunately that can not be avoided, but we do have a very experienced designated claims manager who takes care of this. This ensures precise and fast claims handling in an environment where everybody is experienced and clued in to get a fair outcome. And then it doesn't hurt our members that they are a part of a 550 vessel strong alliance."

Grunwaldt highlights that pooling a large number of buyers under a single voice also brings a number of wider benefits.

"For example, we're spending a lot of time to push the development of the bunker markets in what we see is the right direction," Grunwaldt said.

"As an example we are currently working with some suppliers to set up quality control and mass flowmeter barges in ARA and Fujairah. We have spent considerable time and resources on this as we think it makes good business sense for our members. It also fits well into the group's desire to make sure this market becomes more efficient, perhaps even shedding some of its previously poor image in the eyes of the wider maritime industry."

Pooled buying resources can also help with the increased complexity of marine fuel operations due to growing financial and regulatory compliance requirements.

"This is something we see is 'sneaking' into the value proposition these days," said Grunwaldt.
"Bunker purchasing is high on the agenda for Board members as they want to ensure they are not exposed to another OW case, or something that the audit team might question. Transparency and compliance is top of the agenda for us".

Oil's strength is now viewed as a threat to economic recovery.

The firm is looking for candidates with at least five years of experience in trading marine fuels.

The firm is looking for candidates with at least two years of experience in an analytical role.