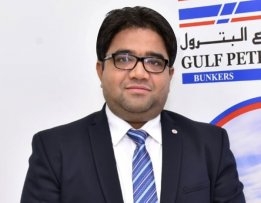 Aggressive competition among suppliers at Fujairah is threatening the overall health of the bunker market at the Middle Eastern hub, according to GPS Bunkers, with smaller, more agile operations coming off better.

Gulf Petrol Supplies LLC Bunkers is 100% owned by Fujairah National Group. GPS LLC also have a 60% stake in the GPS-Chemoil terminal in Fujairah, in a joint venture with Glencore.

These suppliers are not always long-term presences in the market, sometimes disappearing after a few years, he said. Several suppliers have left the market in recent years, including some more stable longer-term suppliers being forced out by the tactics of their smaller periodic competitors, he added.

"Buyers start demanding the same price as they see from traders via these suppliers who can give lower prices due to maintaining cashflow," Dwivedi said.

"This finally puts pressure on the market for other suppliers who have tanks, cargo and owned barges.

"This may further deteriorate and become more complex when demand starts diminishing due to any situation like Covid, last year's Fujairah issues, the earlier diplomatic issue and other factors."

This dynamic is almost exactly the opposite of what had been anticipated before the start of IMO 2020. It had been assumed that very low sulfur fuel oil (VLSFO) supply would be tight for most of this year, giving the advantage to those who owned delivery infrastructure and who bought large cargoes from producers.

But with this year's collapse in demand leaving VLSFO supplies ample, smaller suppliers with low costs are now able to offer lower prices than others in some cases.

The COVID-19 pandemic brought a steep demand drop at Fujairah in a market that had already shrunk significantly in recent years.

Demand at the Middle Eastern hub is estimated to have dropped by about 20% to 1.5 million mt in the second quarter.

GPS Bunkers has been able to perform fairly consistently, Dwivedi said, with a direct relationship with customers from both the East and West as well as its owned infrastructure benefiting it. A steady stream of demand from larger shipping companies using GPS regularly has also helped.

"A few big owners and shipping liners are doing it, but more buyers need to see and realise the importance of good and long-term suppliers, rather than just a price game," Dwivedi said.

A crack of about two metres has been observed near the port aft about ten metres above the waterline.

Strong data causes one analyst to reassess the condition of the global economy.