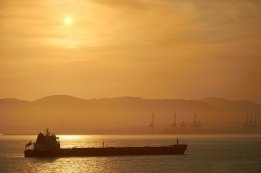 Bunker traders working the Fujairah market may see some supply delays in the run up to the end of year, annual holiday season.

Deliveries of low sulfur fuel oil have stretched to four to 10 days from the more palatable three to four day wait seen in recent weeks, according to price reporting and data agency S&P Global.

Prompt delivery is a problem with the majority of sellers unable to supply before 22 December, market sources were cited as saying.

Meanwhile inflows of Russian oil products (the majority of which comprise fuel oil) into Fujairah are heading for a record year, Kpler data showed according to the report.

Heavy distillates and residues used as fuel for power generation and marine bunkers stood at 12.782 million barrels as of 12 December, the highest in two weeks, it said.

The company is looking for candidates with a relevant degree and experience in either shipping or sales.

Simon Mockler has joined the company as senior director of newbuild decarbonisation in Miami.

The firm is communicating daily with 70 customers that were affected by the hack to update them on findings of its ongoing forensic investigations.